I started to collect cans while still at high school. It was 1992. Then, in Russia, this kind of goods package was very rare – import only, so the collection had no specialization.
Really, I was looking for, bartered and bought all the cans which get my hands on.

During the 20 years I have reduced the area of collecting interest, stopped it, started again. As a result, I limited the collection of beer cans from states of region of Baltic Sea, excluding Russian Federation and Denmark. Free space in my house has been finished ツ 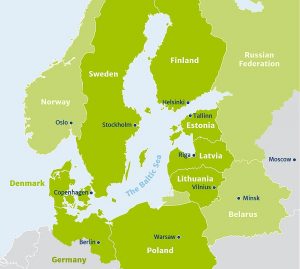 But I always loved a sea and ships! Since 2012 I began collecting of cans up to 1 pint volume (568 ml) with graphical images of ships (boats, sails, yachts, steamers, warships etc.) from around the world.

Click on the banners below to go to the collection review…